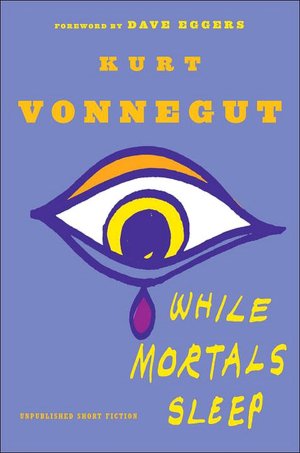 Foreword by Dave Eggers Smart, whimsical, and often scathing, the fiction of Kurt Vonnegut influenced a generation of American writers—including Dave Eggers, author of this volume’s Foreword. In these previously unpublished gems, Vonnegut’s originality infuses a unique landscape of factories, trailers, and bars—and characters who pit their dreams and fears against a cruel and sometimes comically indifferent world. Here are stories of men and machines, art and artifice, and how ideals of fortune, fame, and love take curious twists in ordinary lives. An ambitious builder of roads, commanding an army of bulldozers, graders, and asphalt spreaders, fritters away his free time with miniature trains—until the women in his life crash his fantasy land. Trapped in a stenography pool, a young dreamer receives a call from a robber on the run, who presents her with a strange proposition. A crusty newspaperman is forced onto a committee to judge Christmas displays—a job that leads him to a suspiciously ostentatious ex-con and then a miracle. A hog farmer’s widow receives cryptic, unsolicited letters from a man in Schenectady about “the indefinable sweet aches of the spirit.” But what will she find when she goes to meet him in the flesh? These beautifully rendered works are a testament to Vonnegut’s unique blend of observation and imagination. Like a present left behind by a departed loved one, While Mortals Sleep bestows upon us a shimmering Kurt Vonnegut gift: a poignant reflection of our world as it is and as it could be.